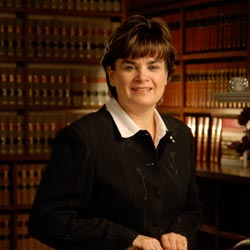 Mary Lou Senko obtained her undergrad degree with a major in English in 1982 and her law degree in 1985 in Saskatoon. The focus of her practice has been civil litigation, in particular family law, crown debt collection and wills and estates. She was the Saskatchewan family law representative for national meetings of the Canadian Bar Association for the 2005-2006 year. Mary Lou has appeared before the courts at all levels in Saskatchewan. She is also trained in collaborative law. She is involved in various volunteer organizations. Mary Lou has been a lifelong Saskatchewan resident and enjoys country music and curling in her spare time.